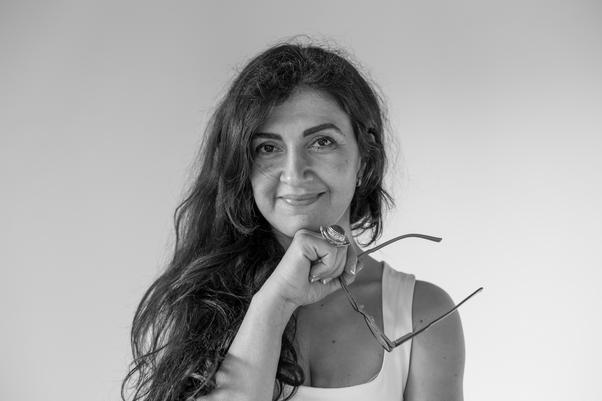 Syrian-Lebanese filmmaker Noura Kevorkian made her filmmaking debut with the documentary VEILS UNCOVERED (Official Competition IDFA) about the veiled women of Damascus.

Her feature the Canada-Lebanon historical documentary ANJAR: FLOWERS, GOATS & HEROES (MED Festival Rome), is a complex and emotional POV documentary about a young girl growing up during the Lebanese Civil War.

Noura’s follow-up film, the Canada-Lebanon-UAE drama-doc hybrid feature 23 KILOMETRES, premiered to acclaim in Official Competition at Karlovy Vary, followed by Dubai and Munich festivals. This one-of-a-kind experiential film is a cinematic portrayal of one man’s experiences with Parkinson’s disease.

Noura’s latest film, the Canada-Lebanone-Qatar feature BATATA (Official Competition FIPADOC, Thessaloniki), is an unparalleled documentary that follows 10 years in the life of Maria, a strong, beautiful unmarried Syrian Muslim woman as she turns from migrant farm-hand to refugee stuck in a camp in Lebanon, unable to return to her hometown of Raqqa.

Concurrently Noura is working on the development of her debut feature drama, SYRIAN DANCER, the story of two teenagers who find love against all odds, along with the screen adaptation of the award-winning non-fiction book The Taste of Longing about an unknown female WWII Canadian war hero.