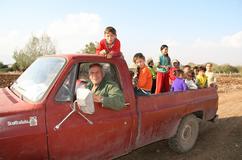 I don't think anyone plans on spending over a decade shooting ONE film. And certainly, it was not my original intention to make “BOYHOOD” for Syrian refugees.

The film I was making was about Lebanese and Syrian potato farmers, two years before the Syrian revolution started.

I was entirely unprepared, emotionally, psychologically and as a filmmaker, for the political events that gradually yet organically took my film to its current direction: following one woman’s experience from being a potato farmer to being a refugee for an entire decade.

between children, is remarkable…  An extraordinary 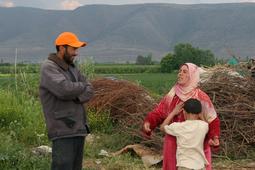 Of course, one can’t help but fall for Maria. She’s a vibrant, tough and surprisingly unmarried Syrian woman-farmer. Maria puts love and care into everything she does. Even the potatoes she planted taste amazing! So, when the Syrian revolution began, I just could not leave her story hanging. I kept following Maria, naively waiting for the Syrian Civil War to come to a definitive close, so I could end my film with a happy new beginning for Maria returning home to Raqqa.

Even after 12 years and hundreds of hours of footage, I wasn’t ready to accept that what had happened to Maria and her country wouldn’t end soon. In fact, if it weren’t for COVID, I’d still be there today, in the camp with Maria and her relatives recording their lives.

2022 marks the 10th anniversary of the Syrian Refugee Crisis. With over 6 million refugees the Syrian Refugee Crisis remains the largest human forced-migration crisis of our times, but sadly not the last as millions of Ukrainians are forced to embark on their own journey as refugees. What BATATA offers now is some perspective and perhaps even a little foresight into what is going on in the Ukraine and Eastern Europe, and the monumental effect war has on families, individuals, and the filmmakers documenting the impact refugees can have on the societies of their host countries.  I was not prepared for the tragedy, for the devastation, and the balance of being a filmmaker and being human. Both attached and detached at the same time. Both documenting the story and falling into it.

10 years later, Maria and her entire family remain stuck in the same Lebanese refugee camp. In spite of the hardships Lebanon has faced following the port explosion of 2020, the collapse of its political and banking systems, the devaluation of the Lebanese currency, and resulting lack of electricity, oil, basic food and medical supplies, incredibly Lebanon still represents a safer, more stable environment for well over a million Syrians like Maria.

While I have been in constant contact during the COVID travel ban, this year I plan to travel back to my native Lebanon to be with Maria and her family once again. My partner tells me to leave my camera behind, but as I think you’ve already guessed by now, for me, that’s an impossible ask.

​10 years in the life of a refugee

A unique feature documentary covering 10 years in the life of a Syrian woman named Maria and her family of potato farmers who find themselves stuck in Lebanon as stateless refugees. 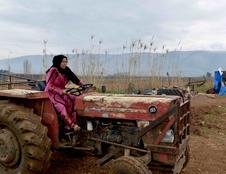 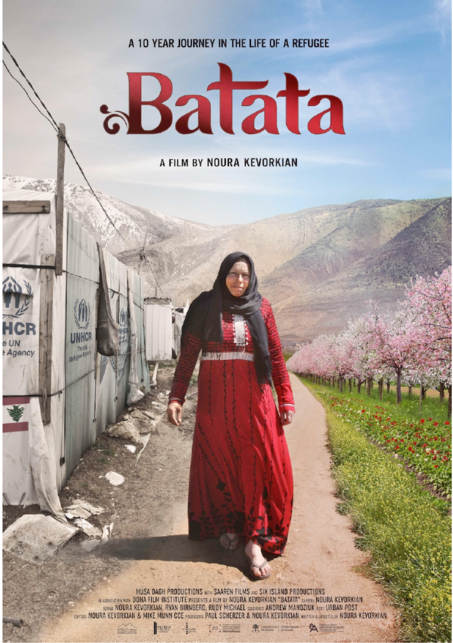