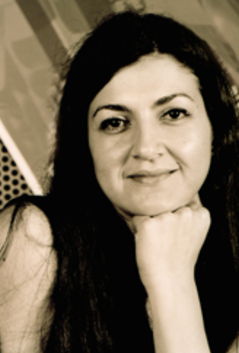 Noura’s feature debut  ANJAR: FLOWERS, GOATS AND HEROES,  is the historical POV documentary about a young girl growing up during the Lebanese Civil War who discovers that all the elders of her village are genocide survivors from World War I.

Noura’s short film VEILS UNCOVERED along with images from the book she co-authored The Secret Life of Syrian Lingerie were exhibited in the renowned Kunsthal Museum in Rotterdam, The Netherlands www.kunsthal.nl/Syrian_Lingerie.

In production is Noura’s next feature documentary entitled  BATATA (winner Doha Film Institute Grant and Dubai Film Festival’s Best Pitch Award), about a family of Syrian migrant workers - now refugees of war - who work in the potato fields of Lebanon.  Noura divides her time living between Beirut and Toronto.